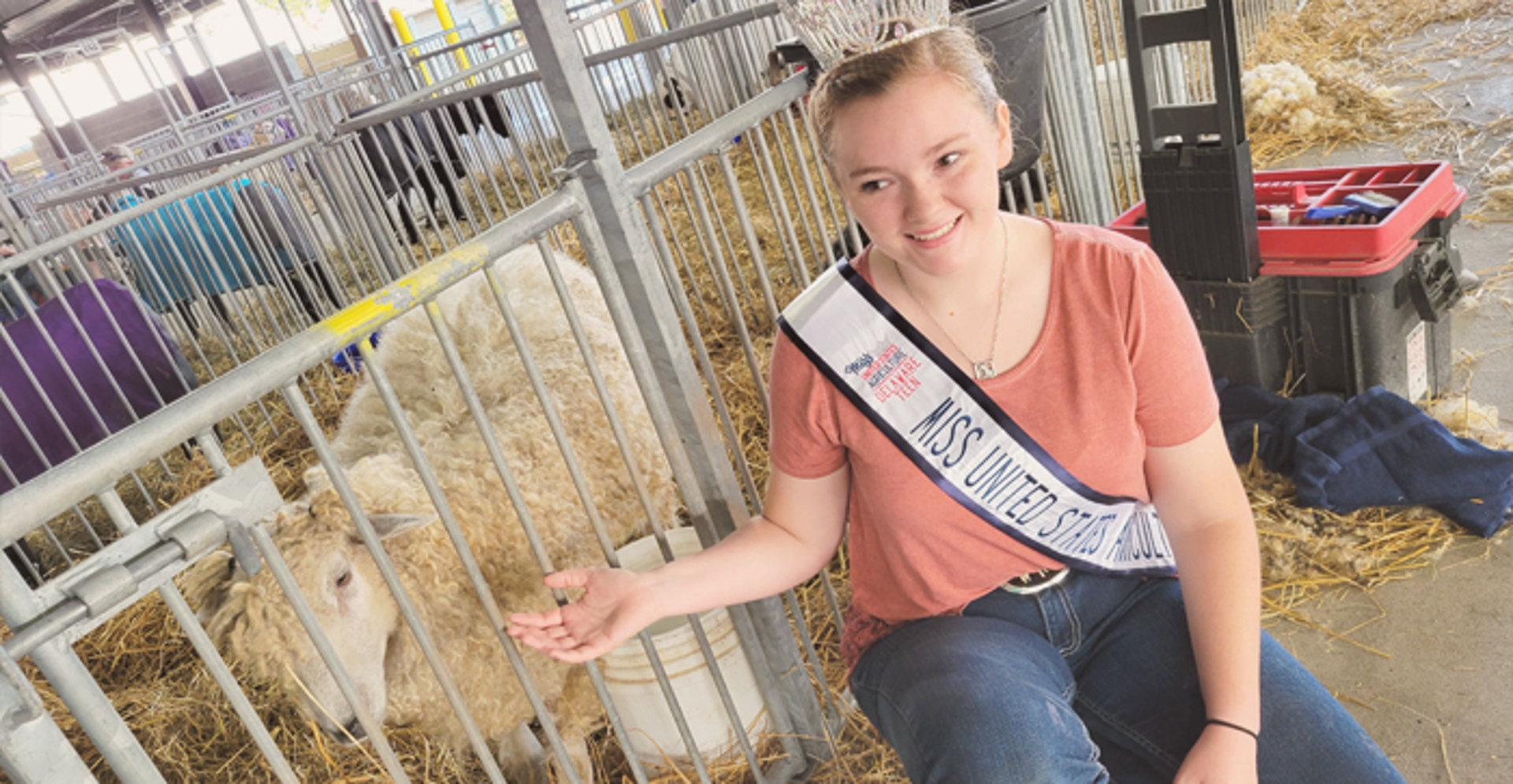 The Miss United States Agriculture is a pageant based on teaching and enhancing the American agricultural story. Their motto is “Teach. Inspire. Advocate”. That’s exactly what Ainsley West is doing in Delaware with her title as 2022 Delaware Teen Miss United States Agriculture.
Fifteen year old Ainsley, born and raised in Milton, Delaware, has always had an interest in agriculture. Her mother majored in Animal Science, she’s had horses her entire life, and has a passion for raising Leicester Longwools sheep - thanks to her cousins and a trip to Williamsburg, VA.
It was on a family trip to Williamsburg where Ainsley first learned of this heritage breed of sheep. These sheep were brought over illegally by George Washington during the American revolution and their wool is said to have clothed the soldiers. She continued to research these sheep when she got home and the more she learned, the more she knew that was the breed she wanted to raise. Through the Leicester Longwools Breeders Association, Ainsley submitted an application, a sponsor was found and she was awarded a ewe.
Ainsley is hard at work preparing for Nationals next year. She’s posting on social media, educating her followers with fun facts and showing off her sheep. She also speaks at farm and 4-H events, practicing her interview skills and gaining more knowledge on Delaware agriculture. Ainsley has also interviewed with various farmers and the Department of Agriculture.
Ainsley has learned about many new career opportunities through her journey of being Delaware Teen Miss United States Agriculture - careers like being an advocate. She’s not 100% sure on her career choice, but does know that she wants to have a farm to continue breeding her heritage sheep.
If you’d like to follow Ainsley’s journey and learn more about the Miss United States Agriculture Pagent, be sure to check out her Instagram at instagram.com/ainsley.agvocate and visit the pageant website at missunitedstatesagriculture.com.