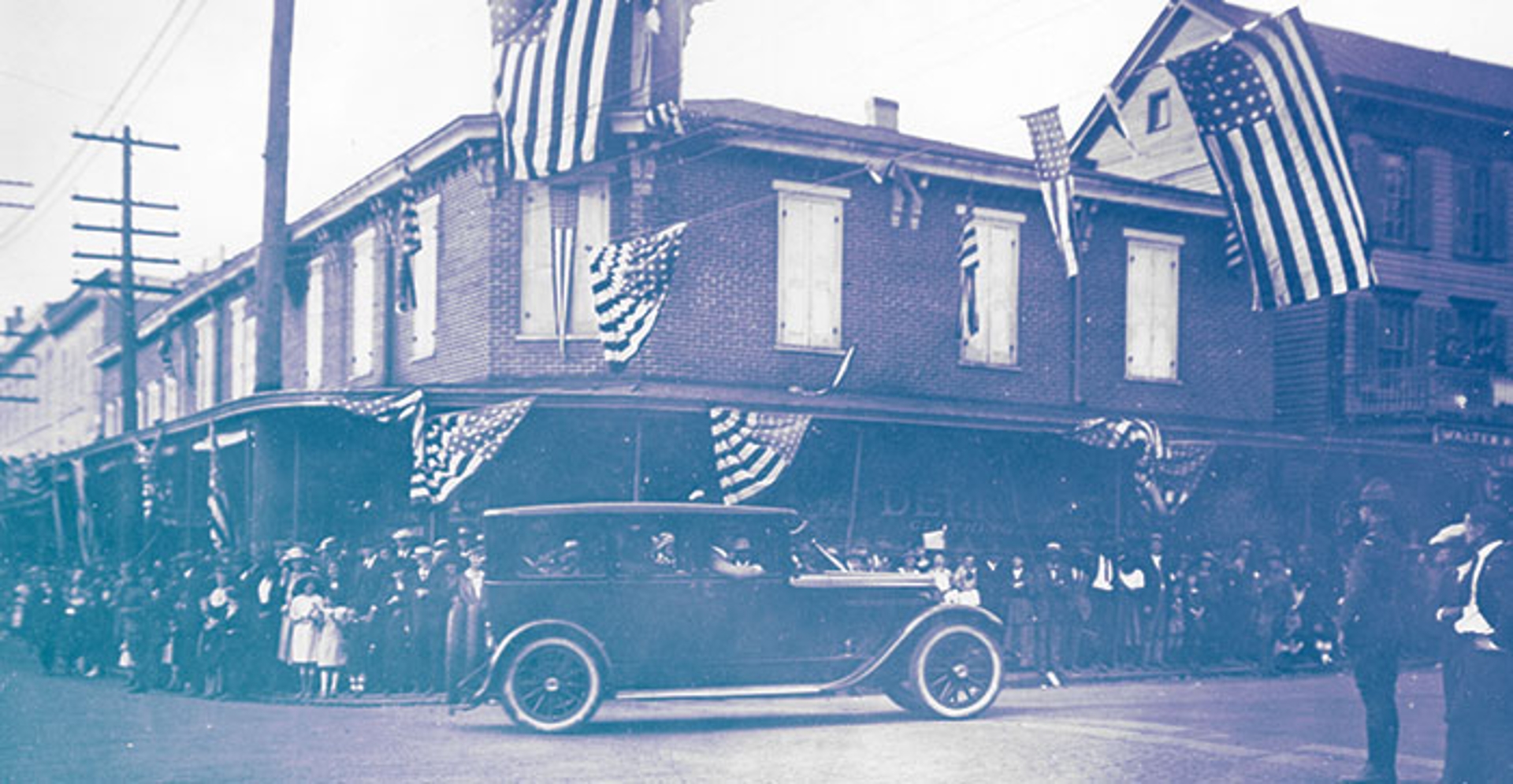 The 29th President of the United States, Warren G. Harding visited Delaware on June 9, 1923. The President started his day early in Wilmington giving a speech at the Young Men’s Republican Club. His motorcade continued down the state to Newark, Dover and then on to Milford. Arriving in downtown Milford, the President was greeted by streets lined with spirited residents waving American flags welcoming him to town. A parade was held in his honor on Walnut Street. All was a buzz with pure patriotism and pride to have a seated U.S. President in their presence.
President Harding toured the Milford Ballpark. And as a guest of Dr. Frank L. Grier, he was inducted into the Masonic Lodge #49, Tall Cedars of Lebanon. The initiation was reported to have taken until 11:15 pm, long after his scheduled final destination time in Lewes. When leaving Milford, President Harding had additional stops in Georgetown, Harbeson, and Cool Spring before reaching Lewes between 2:00-3:00 am. Here, he gave his final thoughts to the patient and faithful crowd that awaited his arrival. This wrapped up his whirlwind tour of Delaware.
From Lewes, the President was ferried out to the USS Mayflower, the presidential yacht that was anchored in Breakwater Harbor. Here President Harding boarded and continued his journey down the coastline, into the Chesapeake Bay, then the Potomac River to return to Washington, D.C.
President Warren G. Harding served as president of the United States from his inauguration on March 4, 1921 until of his untimely death August 2, 1923.