Airfields That Once Were 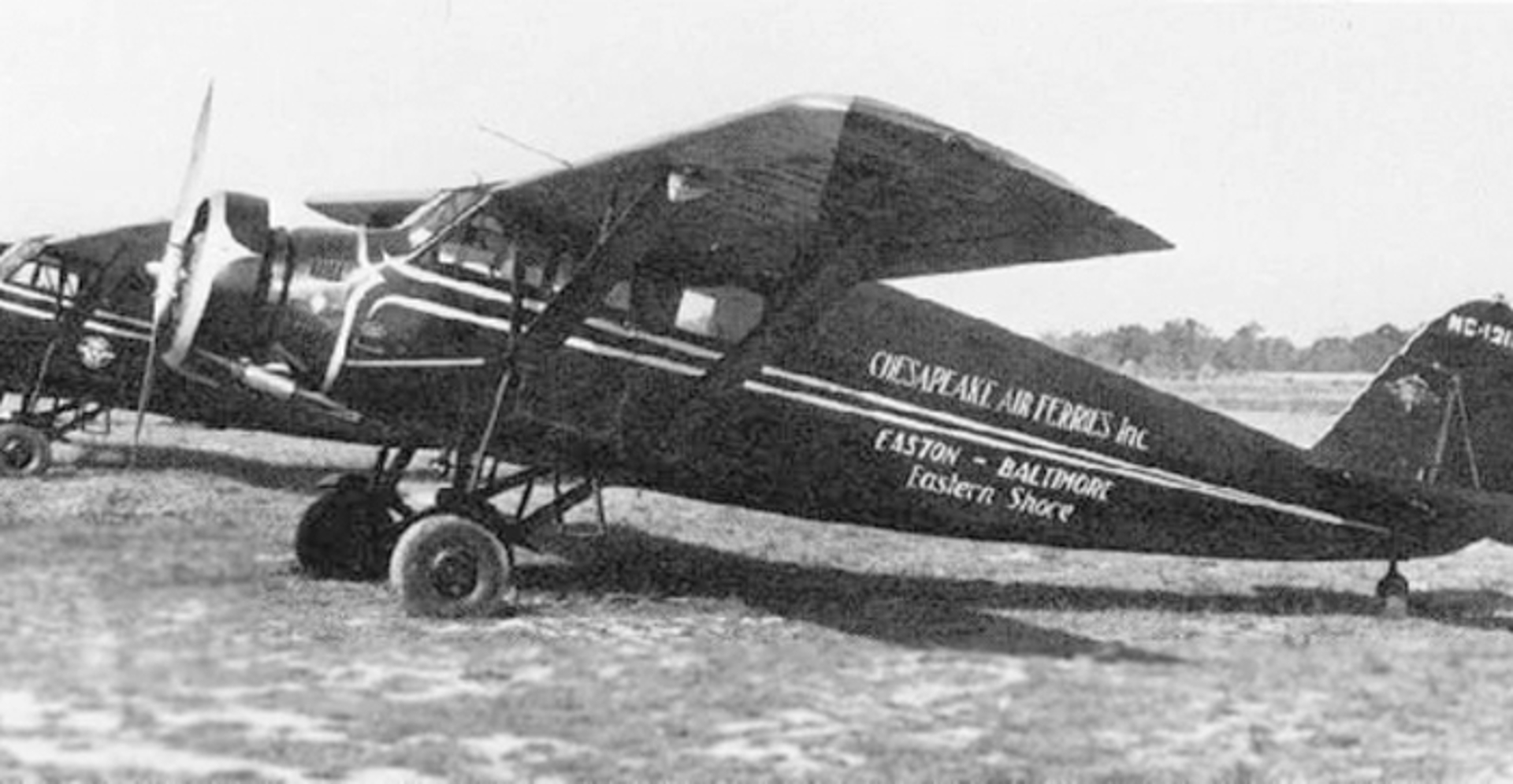 While studying history, my guess is that abandoned airfields do not typically come to mind. However, many dot the landscape of the Eastern Shore and reveal some interesting tales. Perhaps one of the most recognizable is what was once known as Tred Avon Airport or Webb Airport in Easton, Maryland.

According to an article in the October 17, 2002 issue of the Star Democrat, Webb Airport was built in 1930 for Mr. Dorsey Webb on his farm located at Dover Road and Black Dog Alley. It actually replaced Talbot County’s first airstrip, which had become too small. According to Dorsey’s son, William Webb, his father owned a crop duster and was known to go barnstorming frequently. Barnstormers were pilots who flew throughout the United States selling airplane rides and performing stunts. Gaining popularity during the Roaring Twenties, barnstorming was the first major form of civil aviation in the history of the flight industry.

Webb Airport boasted three grass runways with the longest measuring 3,500 feet that ran parallel to the east side of Black Dog Alley. Back in the day, like all airports built before formal air traffic control and accurate charts, its name was printed on the hangar roof with an arrow pointing north. Nighttime takeoffs and landings were possible thanks to fires in clay pots. Historically, 1930 was an important year for night flying in the U.S. when the first American nocturnal passengers took their first flight. This is also when the world’s first electric runway lights were installed and activated in the Cleveland, Ohio airport. Until that point in time, pilots used other means to light the runway below when landing, such as flares thrown from the cockpit and spotlights attached to the wings.

The Commerce Department Descriptions of Airports & Landing Fields cited the earliest official listing of Tred Avon/Webb Airport in 1931. In 1933, the scheduled air transportation service known as Chesapeake Air Ferries began flying passenger and cargo flights out of there as well. It is also rumored that Amelia Earhart flew in once or twice for a publicity stop!

According to the book “Maryland Aloft”, like many civilian airports within 100 miles of the coast, Webb Airport was closed for the duration of World War II and replaced as Easton’s primary airport by the newly constructed Easton Airport. Easton Airport was built by the Army in 1942 primarily as a practice and emergency field and officially turned over to the Town of Easton following the war. Webb Airport, however, was apparently reopened at some point between 1945 and 1946. A cluster of buildings from the airport still remain on the East side of Black Dog Alley and the outlines of at least two runways are still recognizable in one of the fields.