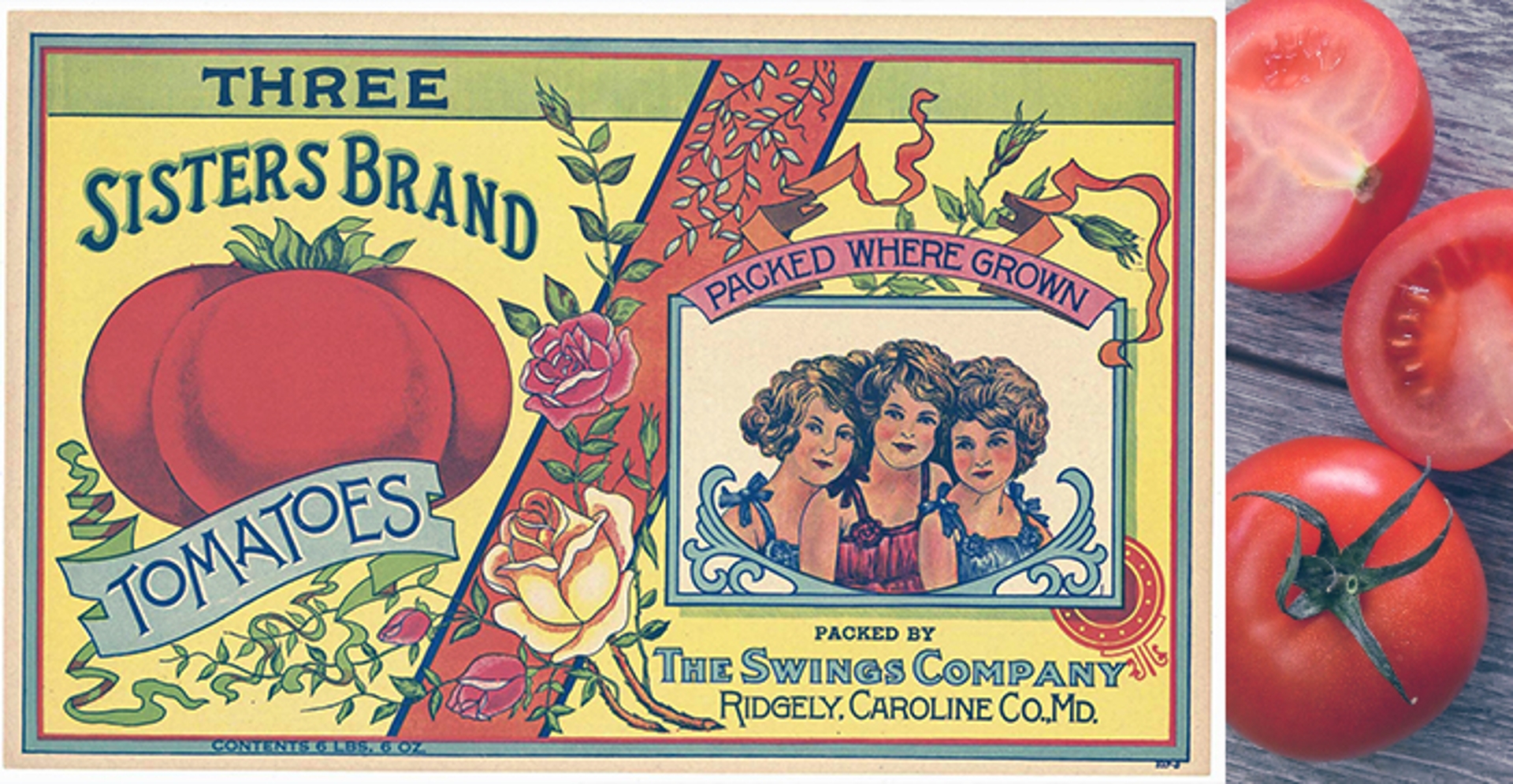 By Kathi Ferguson
Whether picked from your garden or purchased from local produce stands, fresh tomatoes are hot off the vines this time of year across Maryland. At their peak, fresh tomatoes are prepared in a number of ways such as in gazpacho, salsas, sauces, and salads, while many are canned to preserve for future use. Although canning has been done in many households over the years, canneries represented the principal manufacturing industry on the Delmarva Peninsula from 1880 into the 1950s.
Originally started as a means to extend the selling life of oysters and fruits, canning was adapted to tomatoes soon after, when inexpensive tin cans became widely available from Baltimore’s manufacturing plants. Canneries could be found in Maryland towns such as Hurlock, Preston, Princess Anne, Pocomoke, Ridgely, and Cambridge. During the early 1900s, Dorchester County claimed itself the leader in terms of productivity, packing almost 1,100,000 cases of tomatoes versus Caroline County – runner up with almost 750,000 cases.
Tomatoes were harvested from nearby farm lands, and many of the facilities were located close to railroads and rivers for shipping. At one time, during the 1920s, a Delaware cannery, Greenabaum, claimed to be the largest in the world, touting a capacity of 10,000 baskets of tomatoes a day. Barges brought tomatoes to Seaford via the Nanticoke River that had been collected from farms up and down the Chesapeake Bay side of the peninsula.
At its peak, the Delmarva canning industry provided up to 15,000 jobs, paying workers as much as $5 per day, which for the time, was a decent wage. Tokens of pay, called merchant tokens, were widely used on the Eastern Shore after the Civil War to pay laborers that picked or packed vegetables, fruit, oysters, crab, and the like. The tokens were made of copper, brass, fiber, or aluminum planchet (round metal disc), simply stamped with the canner’s initials and a denomination such as 1 Bkt (bucket) or 1 Bas (basket). Redeemable on payday, the tokens were distributed as a “unit of work”, some having holes punched in them for easy keeping. Merchant tokens, along with colorful old cannery labels, are now popular as collection items.
Unfortunately, canneries across the region began to decline in the 1950s due to competition from other warm weather states with longer growing seasons. Adding to their demise was the consolidation of canning brought about by labor conflicts and advances in refrigerated shipping, squeezing Delmarva’s smaller operations out of business. But the mighty tomato, canned or not canned, lives on!