Mural, Mural, on the Wall 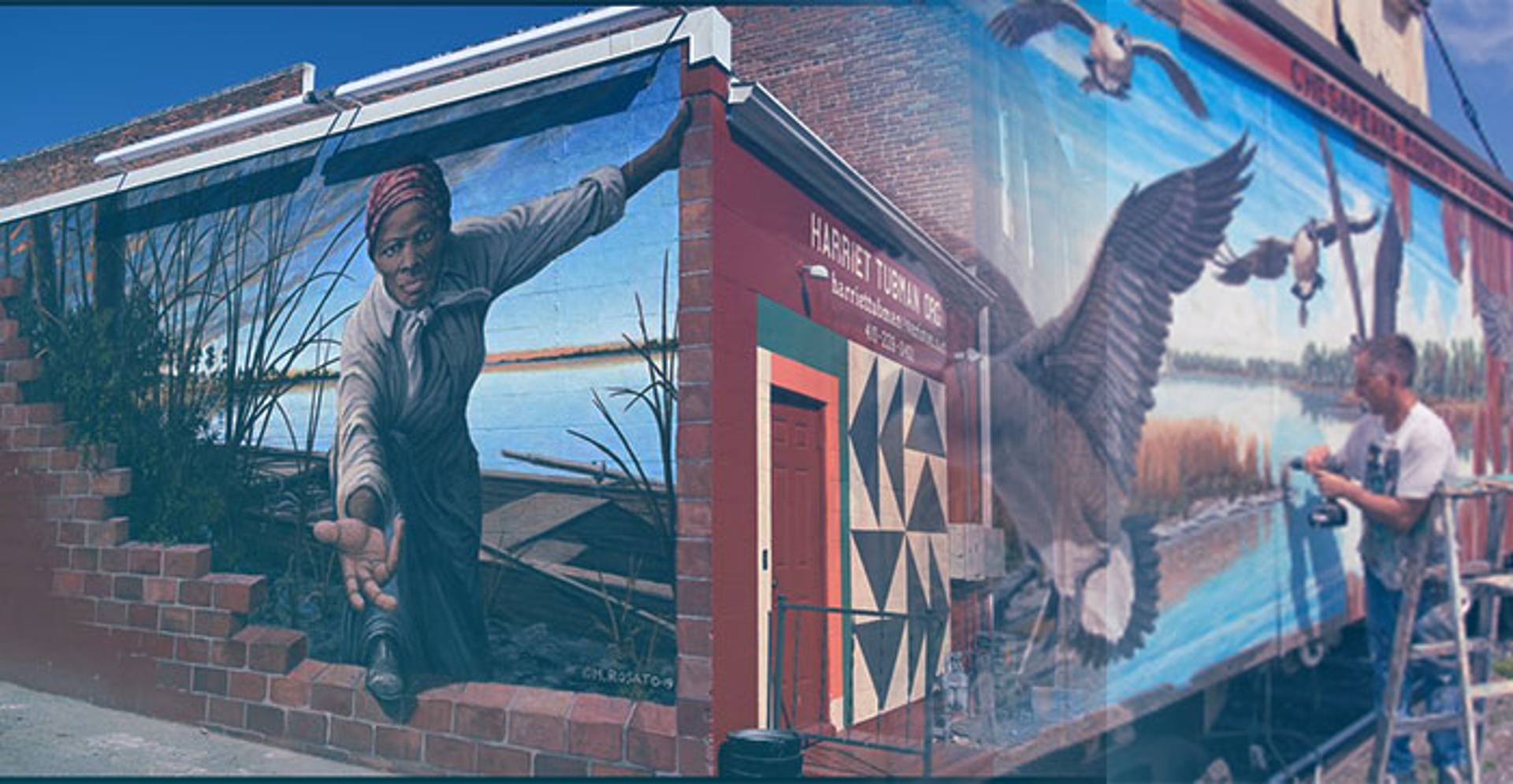 By Kathi Ferguson
If you find yourself heading southbound into Cambridge over the Choptank River Bridge, cast a glance to your right, and you will see one of several murals that make up the growing Chesapeake Mural Trail in Dorchester County. “Ode to Watermen” graces the outside of the Dorchester County Visitor Center with a powerful depiction of three men on a skipjack pulling oysters out of the Chesapeake. This mural, and six others, is the creation of nationally known muralist, and local resident, Michael Rosato. Together, they represent themes of the Chesapeake, highlighting bits and pieces of Dorchester’s culture and history.
Continuing on this visual history tour, near the corner of Maryland Avenue and Route 50, is an 11-foot-by-48-foot mural that highlights the town’s rich African-American heritage. The mural showcases a mix of some of Dorchester’s most well-known citizens, including Harriett Tubman—the most famous leader of the Underground Railroad in the mid-1800s. Tubman, at the center of the piece, is flanked by other leaders of the times, including Gloria Richardson Dandridge, a key figure in the civil rights movement in the 1960s, as well as ordinary citizens and small business owners.
Inspiration for “Goose on the Caboose” came to Rosato from a chapter in James Michener’s Chesapeake named The Marsh. A father tells his sons of when the “great birds come sailing in, their raucous voices filling the air with protest as they argued where to land…Today’s the day they come. And today, we’re not going to shoot them. They’re allowed to come in and eat on my fields and harvest, and we’re going to enjoy the fact that we’ve been given one more year of these majestic birds coming to visit us, and they won’t be shot—today.” Here, an unused train caboose is the canvas. It is located steps away from Cambridge Creek, next to Powell Real Estate.
Another mural based on a passage from Michener’s novel, takes its lead from the Indigenous character, Pentaquod, when he witnesses a bird crack a crab in half with its beak. “Big Bird” is painted on the side of the building that houses J.M. Clayton’s Seafood, the oldest continuously operating crab factory in the world. It features a great blue heron feasting on Maryland’s favorite crustacean. The mural faces outward towards the crabbing boats docked behind the building, which means that visitors get the fullest views from a boat or the nearby drawbridge.
Perhaps one of the most dramatic and moving of Rosato’s murals, “Take My Hand”, once again features Harriet Tubman, hand outstretched through a brick wall inviting the viewer to join her on her journey to freedom. The artist wanted to portray what it must have been like at the moment when a slave had to make that crucial decision to go, when the risk was taken to run from the slave owner, to a woman willing to bring you through to the other side. It is said that Tubman’s niece and nephew were about to be auctioned off at the courthouse nearby when the folks that were going to purchase them decided to go to lunch. That is when Harriet came and took them down to Long Wharf, put them in a rowboat, and rode it across the Choptank River to freedom. Tubman was born into slavery just a few miles from the mural, located on the outside of the Harriet Tubman Museum & Educational Center in downtown Cambridge.
Travelers can depart Cambridge, heading first to East New Market, and then on the mural trail’s end in historic Vienna, along the Nanticoke River. A pair of murals capturing early signs of commerce and business in the area is located across the street from each other at the main intersection in East New Market. The side of the Vienna Community Center features a timeline of pivotal periods of Vienna’s history, from the early Indians through to the time of colonial settlers, make for a fitting end to the mural trail’s journey.
Through these murals, it is Rosato’s hope visitors learn a bit more about the incredible life that is offered on the Eastern Shore and especially in Dorchester County. 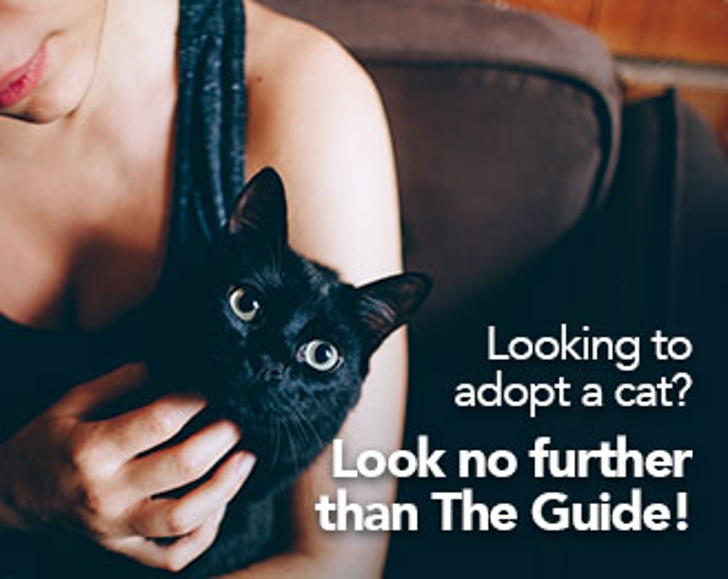