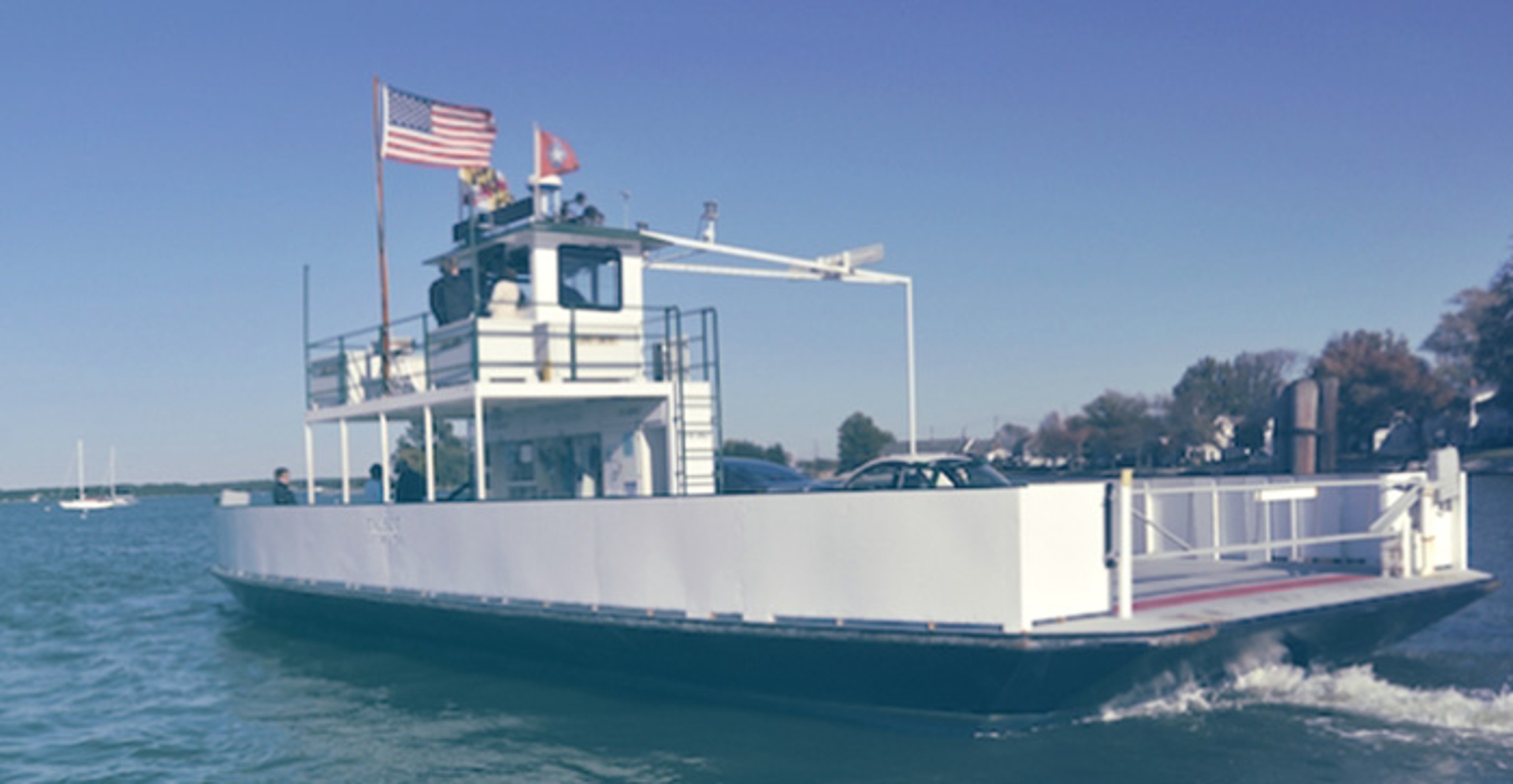 By Kathi Ferguson
Before moving to the Eastern Shore, cycling through its back roads was a frequent pastime. A highlight on one of our trips was a ride through the charming town of Oxford, Maryland to meet the Oxford-Bellevue Ferry. We arrived just as it left the dock for the first of many trips across the Tred Avon River to Bellevue and back. Not to worry though. The ferry would return, carrying passengers, vehicles, and bicycles back and forth throughout the day.
The Oxford-Bellevue Ferry is America’s oldest privately-operated ferry route and is believed to have been running continuously since 1836. The ferry was originally established and authorized by the Talbot County Court in 1683 as a service for “Horses and Men” (transporting workers and goods across the river). Its first operator, Richard Royston, came to the area from London as a merchant, settling in what is now called Ferry Neck, across the river from Oxford. He was paid in tobacco, 2,500 pounds per year, to operate the vessel.
There were a number of proprietors and ferry keepers in the years following Royston’s tenure. Although history is vague, it is believed that the county cut off the ferry’s financial backing in the late 1690s, resulting in a brief break in service, but its operation resumed by 1700. Keeper Elizabeth Skinner ran the ferry in the 1750s when it was a scow (a type of flat bottomed barge) propelled by the old method of sculling (use of oars to propel a boat). This required the strength and skill few men possessed. It is reported that two Oxford residents were the last who could perform this duty. In 1886, a small coal-fired steam tug, with power generated by a coal fire replaced the sails and oars and towed the wooden scow across the river. A signal system was later devised, as only the tug was needed to transport passengers. The scow was towed when wagons, horses, and later automobiles needed to get across the river.
It was not until 1931 when Captain Buck Richardson, one of Oxford’s most well-known sailors, financed the building of a new boat. The “Tred Avon” was the first gasoline powered self-propelled ferry, in service until 1974. In 1938, the “Tred Avon” was converted to diesel power, extended to 56 feet, and was able to accommodate three cars. Today, the Oxford-Bellevue Ferry can carry up to nine cars, numerous bicycles, motorcycles, and pedestrians on each trip. Current owners and captains, Tom and Judy Bixler, have operated the Oxford-Bellevue Ferry since 2001.
It was now time to board for our crossing. As we walked our bikes on to the ferry, we were reminded of times gone by while anticipating a beautiful ride across the river. We weren’t disappointed!
The Oxford Bellevue Ferry has been featured on the cover of American Profiles magazine, and is a winner of Oxford Museum’s Douglas Hanks, Jr. Preservation Award. It is now part of the newly designated All-American Road on the Eastern Shore, and a top attraction for visitors from across the United States and all over the world.
The Oxford Bellevue Ferry opened May 1 for the 2021 season and runs seven days a week beginning at 9:00 am from Oxford, with continuous crossings until sunset. The ferry is located on the Oxford Landing, 101 East Strand, Oxford, MD, 410-745-9023.