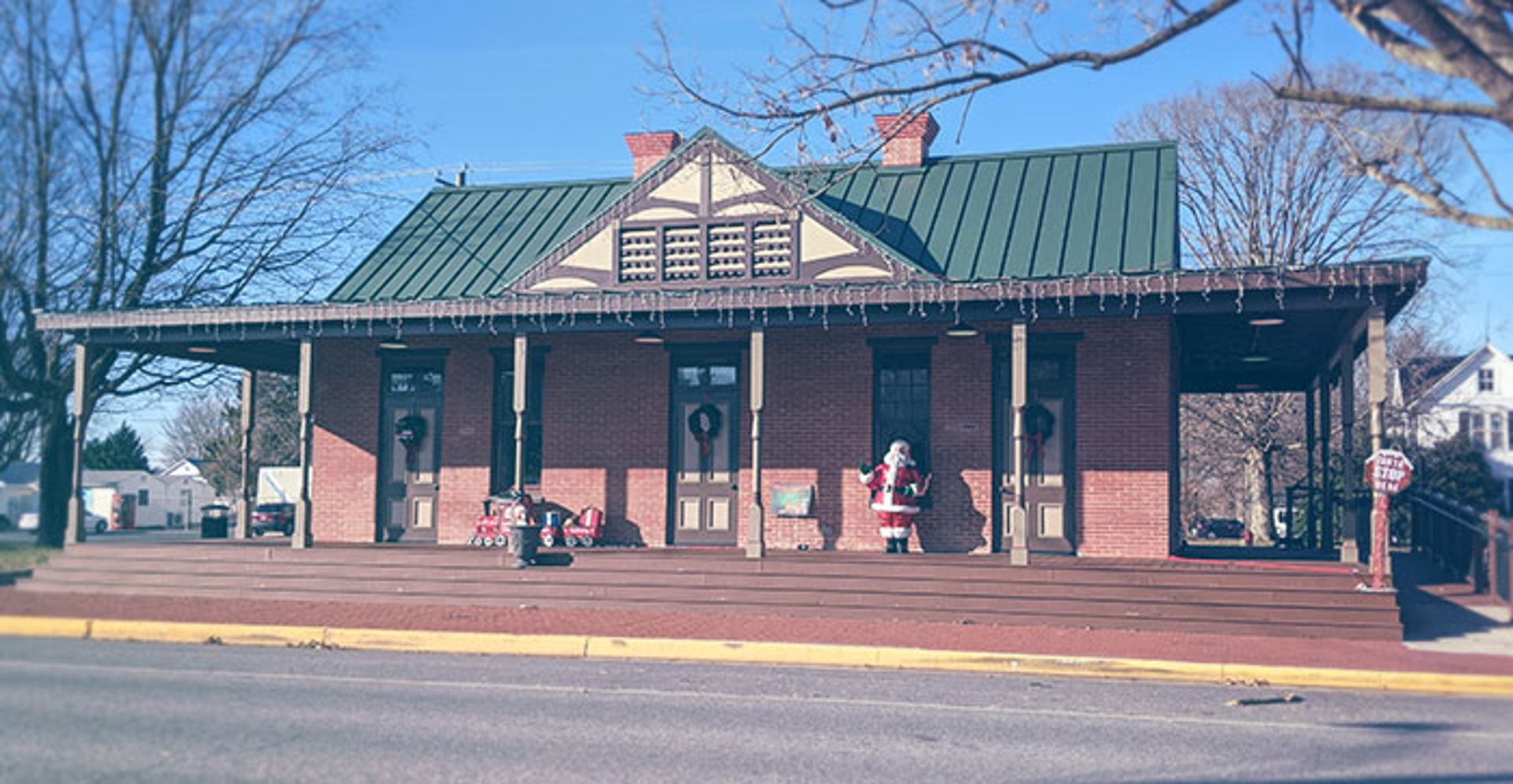 By Kathi Ferguson
The old railroad lines that run through Ridgely and nearby Caroline County towns may not be carrying passengers any longer, but Ridgely Railroad Station stands as a reminder of what once was.
The town of Ridgely was founded after the Civil War, taking advantage of the land speculation and railroad boom then moving across the Delmarva Peninsula in the 1860’s. Investors and merchants had begun to explore new opportunities and sources of supplies for the growing urban markets throughout the area, and in 1867, plans for what was planned to be a large, prosperous city were underway. Purchased by the Maryland and Baltimore Land Association, Ridgely was originally laid out with wide streets, parks, factories and stores, and a bustling riverfront. However, in spite of a promising start, the “Dream City” was not meant to be. The Association went bankrupt in its first year and only four buildings had been constructed at that time – a hotel, two private residences, and a railroad station.
From 1888 to 1918, numerous entrepreneurs were attracted to Ridgely as it slowly began to expand as a rural commercial and industrial center on the Maryland and Delaware Railroad line. Until the middle of the twentieth century, the now small town prospered as it maintained a viable commercial center and several industrial operations that were related to the processing of local crops. Much of the local farmland was used to produce strawberries, huckleberries, vegetables, eggs and poultry, along with wild blackberries and game. The goods were either processed locally or hauled north in railcars for sale as fresh goods or for processing in larger urban factories.
Railroad traffic was robust and grew with the town. In the period from 1910 to 1940, four passenger trains as well as four freight trains served Ridgely. Ultimately, only one train remained, the “Toonerville”, as folks called it, and the Station would close to passengers in 1949. Freight continued to be carried until 1976. During the 1920’s, the expansive use of automobiles and the trucking industry began to take their toll on railway traffic, leading to the general shift from rail to highway transportation in the 1950’s.
The original Ridgely railroad station built in 1867 was replaced with the town’s brick station in 1892.  After 1976 the building housed a number of businesses through the years. In the 1990’s the station served as the Ridgely’s Town Hall until it was moved to its current location at the corner of Central Avenue and Railroad Avenue. The structure has been beautifully restored and is now the anchor of Ridgely’s Railway Memorial Park.